Thermodynamic property (partial molar volumes) of some alkaline earth metal chlorides viz; calcium chloride and magnesium chloride have been determined in binary aqueous mixtures of sucrose (3, 6, 9 and 12% by weight of sucrose) with the help of density measurements at one temperature 303.15K. Effect of temperature was also studied for these electrolytes in 3% (w/w) sucrose + water and five different temperatures (298.15, 303.15, 308.15, 313.15 and 318.15K) were taken for the study. The density measurements were made by using Ward and Millero method and results have been analysed by Masson’s equation. The experimental values of slopes and partial molar volumes of these alkaline earth metal chlorides have been interpreted in terms of ion-ion or ion –solvent interactions. The Ã‘Â„E 0 value have also been determined which is interpreted in terms of structure making or breaking capacities of these salts. In the present study the alkaline earth metal chlorides have been found as structure breakers in binary aqueous mixture of sucrose. 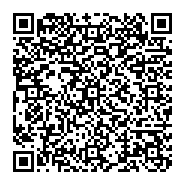