The synthesis and characterization of complexes [M (L1) Cl2], (M= Co (II), Ni (II), Cu (II) and Zn (II); and L1=2, 2’-[ethane-1, 2-diylbis (Oxyacarbony1)] dibenzoic acid has been analysed by FE-SEM/EDS, FT-IR, UV-Visible and XRD etc. The L1 proved to be coordinated with tetra amide divalent transition metals giving precipitates upon self-assembly at 00C temperature. The FT-IR and powder XRD supported the continuation of a complexion with transition metal cations indicates the formation of self–assembled through O-H… O; C-H... O interface of the end dicarboxylic acids. The complexes were screened out for the antimicrobial activity by disc diffusion agar technique. The potency of compound [M (L1) Cl2] was tested against the bacteria (Escherichia coli and Staphylococcus aureus) and fungi (Aspergillus niger and Candida albicans) strains. The Ampicilline was used as standard for bacteria and fluconazole for fungi. The Cu2+ and Ni2+ metal complex showed the highest in vitro antibacterial activity (Escherichia coli and Staphylococcus aureus) as compared to the standard drug while the all the metal complexes were less effective antifungal activity against test fungi (Aspergillus Niger and Candida Albicans). The finding revealed that the metal complexes from the synthesized compounds, which is high potential for the industry and environment. 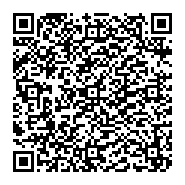