Study of the hepatoprotective effect of ginger aqueous infusion in rats

The present study aimed to evaluate the hepatoprotective effect of ginger aqueous infusion on the paracetamol induced hepatotoxicity in rats. Different groups (1, 2, 3) of rats were given ginger in three doses (100,200 and 400 mg /kg at 12 hours intervals for 48 hours prior to single paracetamol dose (640 mg /kg ), group 4 rats were given silymarin (25mg/kg ) as reference hepatoprotective drug, group 5 rats were given paracetamol alone(positive control group),group 6 rats were given distilled water(negative control group ). Blood was collected from all teated groups for determination of liver enzymes:- alanine aminotransferase (ALT), alanine aminotransferase (AST), alkaline phosphatase (ALP) and total bilirubin after that rat were sacrificed and the livers were excised for the histopathological study in which the examination of liver tissue for rat treated with paracetamol and extract at dose of 200,400 mg/kg and also with silymarin revealed normal hepatic architecture than liver for rats treated with extract at a dose 100 mg. In vitro bioassay on primary culture of rat hepatocytes monolayer revealed that the LC50 of ginger extract was at 750μg/ml while the hepatoprotective activity of the extract concentration at which extracts exhibit a hepatoprotective activity was of (15 μg/ml). 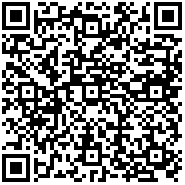