Undoped and aluminum-doped ZnO thin films are prepared by ultrasonic spray pyrolysis at 400 °C on glass substrates were investigated. In this preparation Zinc acetate dihydrate is used as precursor, methoxyethanol is used as solvent and mono-ethanolamine is used as stabilizer. The dopant solution is taken at the atomic percentage of 1 to 5. The electrical and optical properties of ZnO films were investigated when Al is doping on ZnO. The optical properties of Al doped ZnO thin films were investigated using a UV-VIS spectrophotometer and the optical parameters have been calculated by spectroscopic ellipsometry. By using X-ray diffraction (XRD) and atomic force microscopy (AFM), the crystallographic properties and surface morphology of the films were characterized. The Xray diffraction results show that the pure ZnO thin films had that thin films have polycrystalline nature and possess typical hexagonal wurtzite structure. It is compared to pure ZnO thin film, the grain size in the Al-doped thin film is increases. They are well crystallized and the grain size is (e = 0.13 μm) for Al-doped ZnO and (e = 0.1 μm) for undoped ZnO. From the previous reports, grain size of the ZnO thin film also increases with the increasing annealing temperature. A 2 at.-% of Al doped with the thin film a minimum resistivity of 3.3×10−3 Ω-cm was obtained and carrier concentration as high as 5.52×1019 cm−3. The optical transmittance spectra of the films showed a very good transmittance, between 85% and 95%, within the visible wavelength region. For pure ZnO, the value of bandgap is 3.229 eV and it increases to 3.29 eV in 1at.-% of Al doped ZnO. The bandgap value decreases, when 2 at.-% of Al doped in ZnO film. The increase in bandgap can be explained by the Burstein –Moss effect. 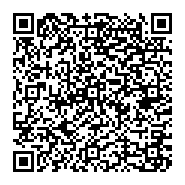