Biofilms are a consortium of various microorganisms which is a major source for the formation of dental plaques. In this study, biofilm formation on orthodontic brackets and its inhibition was observed. Dental plaque formation is a common problem among the general population in developing as well as developed countries. In the present study, samples of the tooth swabs were taken from people using braces. The samples were inoculated onto LB agar plates and were purified based on their difference in colony morphology. These isolates were maintained in LB agar slants. Further, the isolates were characterized using morphological and biochemical methods. Gram’s staining method revealed the presence of rod shaped bacteria. These strains were used for biofilm formation using test tube method. The formation of biofilm was estimated qualitatively and quantitatively. Sea weeds (Chaetomorpha sp.), known for its production of bioactive compounds were selected. The bioactive compounds were extracted using the solvents-hexane and ethyl acetate. The inhibition activity of both the solvents against biofilm formation was analyzed. The hexane solvent extract was found potentially effective in the inhibition of biofilms on orthodontic brackets in comparison to the ethyl acetate extract. 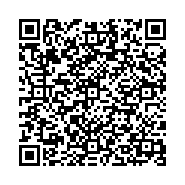