Production of saponarin in in vitro cultures of Gypsophila species

Phytochemical examination of Gypsophila species revealed the presence of various groups of biological active compounds such as triterpene saponins, flavonoids, sterols and volatiles. The main component of the flavonoid fraction in G. elegans and G. trichotoma is saponarin which hepatoprotective activity that is comparable to those of silymarin. In vitro cultures are often utilized to improve both biomass and secondary metabolite production. Four factors: the homogeneity of an in vitro cell population, the large availability of material, the high rate of cell growth and the good reproducibility, make the in vitro cultured cells suitable for production of valuable compounds. Therefore the aim of our study was to induce in vitro cultures of three species – Gypsophila trichotoma, G. altissima and G. paniculata – and determine the amount of saponarin produced. For the first time we initiated and maintained shoots and callus cultures obtained from in vitro germinated seeds. All in vitro cultures of Gypsophila species produced saponarin. Analysis was performed with an optimized HPLC method. The highest amount of saponarin was determined in the shoot cultures of G. trichotoma – 2.26 %. Rapidly growing cell lines were selected to increase the efficiency of saponarin production. These results could provide a practical means for cultivation of this plant species with medical importance and for further applications. 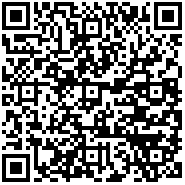