Several acyl hydrazone derivatives based on naproxe n and ibuprofen were synthesized via a three step method in good yields. All the compounds synthesized were found to exist as a mixture of two rotameric forms in solution e.g. ant iperiplanar (ap) and synperiplanar (sp) as indicated by their 1 H NMR spectra. This was supported by the analysis o f 1D 1 H NMR and 1 H- 1 H 2D Homo COSY spectra of a representative compound. The X-ray diffractio n study of the single crystal of another representative compou nd indicated that the molecule exists as an H-bonded symmetrical dimeric ap form in the solid s tate. This study also confirmed the E- geometry of the C=N bond unambiguously. Many of the se compounds were found to be potent when tested against human prostate cancer (P c-3) cell line in vitro. The ibuprofen based hydrazones showed superior cytotoxicity than that of naproxen. 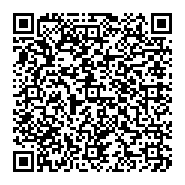