Diabetes is a metabolic disorder characterized by high blood sugar due to insufficient insulin or the cells do not respond to the insulin produced. There are several causes, out of which Glucokinase has a major impact in the development of the disease and the gene responsible for the synthesis of this protein is GCK. In normal conditions Glucokinase helps in the conversion of glucose to glucose-6-phosphate In β - cells, insulin secretion results from the co-ordinated activity of K+-ATP channels and voltage-gated Ca2+- channels. They are “fine-tuned” by the glycolytic flux, which is dependent on the plasma glucose concentration and glucokinase activity. In this view, glucokinase plays the preeminent part, serving as a glucose sensor, a veritable “glucose receptor” in β –cells, because the rate of conversion of glucose to G6P is the rate-limiting step in glucose-stimulated insulin secretion, regulated in a concentration-dependent manner and triggered at a threshold of 5 mM. The present work deals with the designing a suitable drug by molecular docking which acts on the glucokinase receptor to regulate the secretion of insulin. The glucokinase receptor selected was 1V4S which was minimized and evaluated with the help of various softwares and databases and a suitable drug was designed which acts on the receptor, taking metformin as a template for the designing of the library for the compound. Out of the various compounds designed the best molecule which was obtained was found to be N’(N,N dimethylcarbamimidoyl) carbamimidic acid. 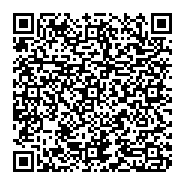