The mineralization of aliphatic acids in aqueous solution by solar mediated iron processes have been explored using acetic acid, oxalic acid and malonic acid as model compounds. Experiments were performed in batch mode under natural sunlight at optimum conditions. In solar-Fenton process, almost complete mineralization was observed for oxalic acid, 88% and 62% for malonic and acetic acid respectively while in solar-Ferric ion process, the mineralization efficiency was around 99%, 30% and 26% for oxalic acid, malonic acid and acetic acid respectively. The acids follow pseudo-first-order kinetics for solar-Fenton process and zero-order kinetics for solar-Ferric process. The kinetic rate constant for dicarboxylic acids like oxalic acid is higher than for monocarboxylic acid, acetic acid with the same number of carbon atoms. The results of the study provide an insight into the photochemical red-ox reactions of Fe3+/Fe2+ ions which plays an important role in mineralizing the acids. 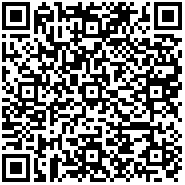