In this study a comparison between the anatomical structures of the leaves and stems of the two medicinal plants Cymbopogon citratus and Cymbopogon schoenanthus was carried out to out line the diagnostic characters; thus helping to identify them, to classify them using the anatomical characters and to distinguish between them to avoid adulteration. This study showed that the differences between the two species are as follows: the spongy parenchyma of C. citratus is formed of 1-2 cells thick following the upper epidermis, in C. schoenanthus the upper epidermis is formed of small cells followed by patches of sclerenchyma cells only above the vein regions and the spongy parenchyma are formed of 3-5 layers of small cells. Kranz structure which is the vascular bundles are embedded in chlorenchyma cells, is found in the two species but it is well developed in C. citratus where the chlorenchyma are incircling the vascular bundles but in C. schoenanthus, the chlorenchyma are found only on lateral sides of the vascular bundles. In C. citratus, the lower epidermal cells just below the vascular bundles are projecting forming papillae, in C. schoenonthus the papillae are small. In the epidermal cells of the leaf of C. citratus there are tannin depositions they give positive results with FeCl3 reagent they appear as large dark cells. Small quantities of oil was detected in the leaf epidermal cells and the mesophyll. The numbers of vascular bundles are more in the stem of C. citratus and the amount of sclerenchyma cells surrounding them are more. The number of xylem vessels in a vascular bundle is 3-4 xylem vessels 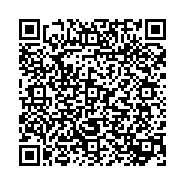