The ability of formaldehyde modified pomegranate peel (FMPGP) to adsorb Cd (II) from wastewater has been investigated through batch experiments. The adsorption process was relatively fast and equilibrium was achieved at agitation rate of 120 rpm and after about 120 min of contact. The highest Cd(II) adsorption (98.9%) was observed at pH range 6-8. The kinetic of the adsorption were analyzed using pseudo-first order, pseudo-second order and intraparticle diffusion rate equation. It was shown that the adsorption of cadmium could be described by the pseudo-second order equation suggesting that the ladsorption process is presumably chemisorptions. The equilibrium data fitted Freundlich and Langmuir isotherm model. The maximum adsorption capacity determined from the Langmuir isotherm was found to be 18.52 mg/g at 300 C. Thermodynamic parameters such as ΔG0; ΔH0 and ΔS0 have been evaluated. The ΔGo value for the adsorption processes of Cd (II) was obtained as –2.645, -4.453 and -11.36 kJ/mole at 150, 220 and 300 C, The negative value, ΔG0 indicates the degree of spontaneity of the adsorption process and the higher negative value confirms a more energetically favorable adsorption. The values of ΔH0 and ΔS0 for Cd(II) were obtained as 19.77 kJ/mol and 69.15 J/mol K-1 respectively. The positive value of ΔH0 indicates endothermic nature of adsorption, while positive ΔS0 value confirms the increased randomness at the solid-liquid interface during adsorption. The activation energy for the adsorption of Cd(II), was found as 11.37 kJ/mol also indicating chemisorptions. Therefore FMPGP investigated in this study showed good potential for the removal of cadmium from wastewater. 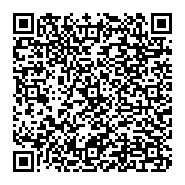