Isolation and partial purification of Protease from plant leaves

Protease occurs naturally in all organisms and is an essential constituent for all the existing live forms. Microorganisms such as bacteria and fungi and yeast are the main source of protease enzyme. They act as an important industrial enzyme occupying for about 60% of total enzyme market. In this study, protease was isolated from various leaves such as Coriandrum sativum, Nicotiana tobaccum, Murraya koenigii, and Moringa oleifera was partially purified. Then their specific activity and optimum pH were checked. Among the four plant species, the protease activity was found to be more in Nicotiana tobaccum (5.6 units/mg of protein) followed by Moringa oleifera (2.46 units/mg of protein), Murraya koenigii (2.02 units/mg of protein) and least in Coriandrum sativum (1.56 units/mg of protein). The optimum pH was found to be 7.2 for all the samples. 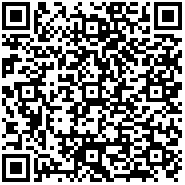