The purpose of this study was to investigate the effect of additives, poly(ethylene glycol) (PEG) 1450, poloxamer 407, polyvinyl alcohol (PVA) and Sodium chloride (NaCl) in order to improve physico-chemical characteristics, encapsulation efficiency and in vitro release of a bovine serum albumin (BSA), form poly(D,L-lactic-co-glycolic acid) microparticles prepared by the w/o/w solvent evaporation method. The addition of PEG 1450 and 0.05 M NaCl changed the surface characteristics of microparticles and also affect the encapsulation efficiency and burst release of protein. The effect of surfactants: polyvinyl alcohol and poloxamer 407 used in the outer water phase was investigated. The surfactant/PLGA mass ratio played an important role in the preparation procedure of the particles. This ratio was found to be approximately 0.5 for polyvinyl alcohol (PVA) and 5 for poloxamer 407 in order to achieve microparticles with narrow size distribution (<70 μm) and good encapsulation efficiency (>70%). 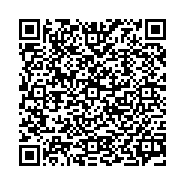