The objective of the present study is to develop a rapid HPLTC method for simultaneous separation of amino acids in methanol and methanol: chloroform extract of molluscan species. The gastropods such as Lambis lambis, Tona dolium, Bursa rana and Natica marochiensis are collected from Tamilnadu coast, India for analysis. The HPTLC analysis of methanol and methanol: chloroform extracts of gastropod species shows the following 11 amino acids of total the 22 amino acid standards viz., Cysteine HCl, Histidine, Aspartic acid, Asparagine, Glutamine, Hy-proline, Alanine, Methionine, Threonine, Glutamic acid, Tryptophan. The analysis shows that valine is present only in L. lambis, proline in L. lambis and B. rana. Similarly, Tyrosine is present in T. dolium, B. rana and N. marochiensis. In the present study we infer that most of the amino acids present in methanol extracts are also present in methanol: chloroform extracts of different molluscan species. As amino acids are building blocks of protein this will aid to the identification of proteins and the followed HPTLC method is very efficient for quantification of amino acids. 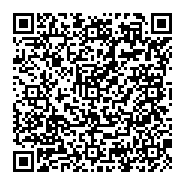