A new simple, accurate, and precise densitometric method for determination of Paracetamol and Etodolac in combined tablet dosage form has been developed and validated. Separation of the drugs was carried out using Toluene: Ethyl acetate: Methanol (5:4:1, v/v/v) as mobile phase on precoated Silica gel 60 F254 plates. The retention factors for Paracetamol and Etodolac were found to be 0.38 ± 0.02 and 0.57 ± 0.02, respectively. The densitometric evaluation of bands was carried out at 234 nm. The calibration curve was linear in the concentration range 100 to 600 ng/ band for both the drugs. The method has been successfully applied for the analysis of drugs in pharmaceutical formulation. The (%) assay (Mean ± S.D.) was found to be 99.60 ± 0.76 for Paracetamol and 99.88 ± 0.58 for Etodolac, respectively. The method was validated with respect to linearity, accuracy, precision and robustness as per the International Conference on Harmonisation (ICH) guidelines. The method can be used for routine analysis of these drugs in combined tablet dosage forms in quality-control laboratories. 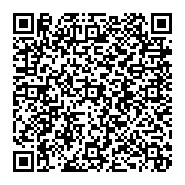