The study of kinetic and thermodynamic properties of adsorption-fluidization on Cr(VI) ions were performed using chitosan grafting, which was called as carboxy methyl chitosan-benzaldehyde (CMChi-B). This compound was synthesized from chitosan which was grafting with chloroacetic acid. The product was carboxy methyl chitosan (CMChi) and was characterized by FTIR spectrophotometer. CMChi which was grafted with a benzaldehyde solution produced CMChi-B and was characterized by FTIR spectrophotometer. Adsorption-fluidization of Cr(VI) ions has been done with the variation of times, temperatures and pHs. Fluidization bed was filled in 200 ml solution of Cr(VI) ions. The results revealed that the adsorption capacity of CMChi-B yield 96.19% or 38.48 mg/g at operation conditions. With the same condition, adsorption capacity of blend silica gel-CMChi-B yield 92.70%. The adsorption-fluidization was not spontaneous process, but it was a regularity process which the type of Langmuir isotherm adsorption with 2-1 as the order rate of adsorption. 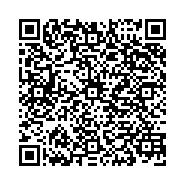