Vilvam is an important medicinal plant, which is used to treat many ailments of human beings in the traditional system if medicine. As one of the important conservation aspect of traditional medicinal plant, it is mostly grown in the Hindu Siva temples, where the leaves are mostly used for Pooja purpose and medicinal aspects. Based on the morphological features of the leaves three different traits of plants were identified and selected for the study. In the present study an attempt has been made to establish FT-IR profile and identify the functional groups of compounds present in the three different types of Vilvam. FTIR study was performed by a Bruker Alpha T system to detect the characteristic peaks. The result shows that the functional groups present in the all three traits of Vilvam leaves are compared and the variation is due to the genetical factors. 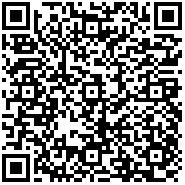