Formulation and Evaluation of Mucoadhesive Buccal Patches of Resperidone

The buccal region of the oral cavity is an attractive target for administration of the drug of choice. Buccal formulations have been developed and are gaining in popularity and medical acceptance. To increase bioavailability and prevent first pass metabolism of drug. Resperidone patches were prepared using HPMC (15 & 47 cps), chitoson, poly vinyl alcohol, poly vinyl pyrilodine. The patches were evaluated for their thickness, Uniformity content, folding endurance, weight uniformity, Swelling index, tensile strength and surface pH. In vitro loaded studies of resperidone-loaded patches in phosphate buffer(pH 6.6) exhibited drug release in the range of 67.32% to 98.28 in 60 min. Data of in vitro release from patches were fit in to different equations and kinetic models to explain kinetics. The models used were zero and first-order equations, Hixon-crowell, Higuchi and Korsmeyer-peppas models. The in-vitro release study showed that patches could deliver drug to the oral mucosa. The results indicate that the mucoadhesive buccal patches of resperidone may be good choice to bypass the extensive hepatic first pass metabolism with an improvement in the bioavailability of resperidone through buccal mucosa. 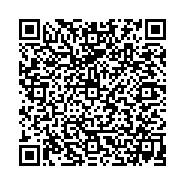