Trigonella foenum-graecum commonly known as fenugreek (leguminoceae), which is an annual, herbaceous and aromatic plant and a seed spice used to enhance flavor, color and texture of food, and for medicinal purposes in many traditional systems. Oxidative stress is caused by disturbances of balance between the production of reactive species (pro-oxidative) and the biological systems ability to readily detoxify them (anti-oxidative). Major depressive disorders is a mental disorder which affect the mood of the person and also known as mood disorder. Depression is one of the major public health care issue all over the world. Medicinal plants are the part and parcel of human society to combat against different diseases from the dawn of human civilization. The antidepressant activity was studied by using tail suspension test (TST), and forced swim test (FST) and antioxidant activity estimated by SOD and MDA levels of serum of wistar rats. The results revealed that oral administration of AETFG at 200 mg/kg and 400 mg/kg respectively, exhibited antidepressant effect comparable to the standard drug imipramine (10 mg/kg), the plant extract showed significant antidepressant and Antioxidant property. 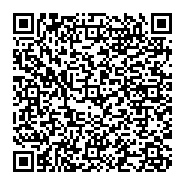