Chirality plays a major role in biological processes, and the enantiomers of a bioactive molecule often possess different biological effects. For example, all pharmacological activity may reside in one enantiomer of a molecule, or enantiomers may have identical qualitative and quantitative pharmacological activity. In some cases, enantiomers may have qualitatively similar pharmacological activity, but different quantitative potencies. Since drugs that are produced by chemical synthesis are usually a mixture of enantiomers, there is a need to quantify the level of the isomeric impurity in the active pharmaceutical ingredient. Accurate assessment of the enantiomeric purity of substances is critical because isomeric impurities may have unwanted toxicological, pharmacological, or other effects. Such impurities may be carried through a synthesis and preferentially react at one or more steps and yield an undesirable level of another impurity. The determination of a trace enantiomeric impurity in a sample of a single enantiomer drug substance in the presence of a range of other structurally related impurities and a large excess of the major enantiomer remains challenging. The development of chiral resolution methods is considered an urgent need in pharmaceutical, agricultural, and other chemical industries. Perhaps most essential is the development of new chiral drugs, which are necessary because of the different physiological properties of enantiomers. Various approaches to chiral resolution have been developed and used, but the direct resolution by liquid chromatography on chiral stationary phases has proven to be one of the most effective, practical, and economical. This volume deals with the art of chiral resolution by liquid chromatography, focusing on highperformance liquid chromatography (HPLC), sub and supercritical fluid chromatography (SFC), capillary electrochromatography (CEC), and thin-layer chromatography (TLC). These methods are examined as they are used in analysis and development of drugs, pharmaceuticals, xenobiotics, and other chiral molecules. 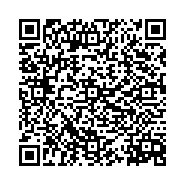