The present work was aimed to evaluate SAGO starch in controlled release matrix tablets of Tramadol HCL to optimize the release of the drug for 12 hrs to act as twice daily formulations. Controlled release polymer, HPMC (K4M) was used in the ratio of 3:1 to the drug. High concentration of the polymer is intentionally used keeping the swelling power and gel forming ability HPMC. Matrix tablets, TS-1 to TS-6 were prepared using wet granulation technique with 5% corn starch as granulating agent and 0, 5%, 10%, 15%, 20% and 25% of SAGO starch to the drug. The prepared tablets were evaluated for tabletting characteristics like weight variation, hardness, friability and drug content uniformity, and found that they were within the compendial limits. It is found that the SAGO starch enhanced the drug release from prepared controlled release formulations proportional to the concentration used in tablets. TS-4 was found to be the optimized formulation which has a release of more than 94.58% in 12 hrs having 15% SAGO. The release kinetics of the optimized formulation indicates that it has zero order release with erosion mechanism. 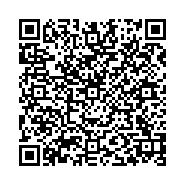