The effects of aqueous extract of pulverised dried leaves of Cyphostemma glaucophilla was investigated in two sets of experiment. Thirty Rattus norvegicus of either sex, aged 7-9months and weighing 100-130g were randomly assigned to five experimental group, A, B, C, D, and E of six animals each and were served single intraperitoneal daily doses of saline tetracycline was not significant [0.06±0.02mg/dL]. However, inhibition with Chloramphenicol and streptomycin was significant [4.60±0.02, 4.50±0. (0.85percent, Nacl.5ml/Kg],0.5,1.0,1.5,2.0mg/Kg of extract respectively for 14days.Twenty four hours after the last administration, the animals were sacrificed by ether anaesthesia and blood samples were drawn into heparinised tubes by cardiac puncture. The livers were excised. Protein concentrations of both plasma and liver homogenate were assayed. In experiment two, extract induced increase in protein concentration were inhibited with drugs that inhibit the different stages of protein synthesis. The concentrations of protein in plasma and liver homogenate were significantly [1.08±0.01, 1.35±0.02mg/dL] increased compared with those of the control and the inhibition of extract induced increase in protein concentration with [02mg/dl].Result showed that extract most likely promote protein synthesis at elongation and termination stages. All the effects were dose dependent. 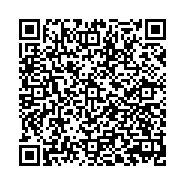