Aromatic compounds are used in many industrial processes and particularly, benzene is the simplest of these aromatic compounds and has been studied for several purposes. Direct functionalization of the aromatic ring using several electrochemical techniques [1,2] especially in the preparation of conductive polymers, in organic / aqueous media finds its applications [3-5]. Fundamental studies performed on platinum surfaces in the gas phase and in an electrochemical environment have also been reported [6-9]. Some studies have shown that the orientation and mode of attachment of the aromatic compounds, irreversibly adsorbed from aqueous solutions onto smooth platinum electrodes, are dependent on the chemical structure and concentration of the adsorbate, the surface activity, the supporting electrolyte and the pH of the solution [9]. The study of the electrochemical oxidation from aqueous solution is a preliminary step in order to analyze the possible treatment of these compounds by an electrochemical method. The adsorption and electrooxidation of benzene and its homologues on polycrystalline platinum electrodes have been examined in some papers [7,9]. The influence of the orientation of the platinum electrode on the adsorption of benzene has also been studied [7,8].The approach of electroanalytical methodologies in general and cyclic voltammetric technique, in particular,serves to be an effective tool to researchers to understand the subtle aspects of electrochemical reaction routes [10-14]. This paper deals with electroanalytical interpretations on the electrochemical oxidation of mono substituted benzenes in acid media on glassy carbon electrode. The cyclicvoltammetry technique is exploited to bring out the molecular behavior in the electrochemical field under the stipulated conditions. 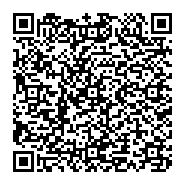