This investigation is aimed formulate controlled release matrix tablets containing 100mg of Levodopa (LD), 25mg of Carbidopa (CD) using different hydrophilic matrix forming polymers like HPMC (K4M, K15M, LVCR 100), polyethylene oxide (POLYOX). The tablets were prepared by direct compression technique. The excipients used in this study did not alter physicochemical properties of the drugs, as tested by FT-IR studies. The prepared matrix tablets were evaluated for drug content, weight variation, hardness, friability and in vitro drug release studies. The matrix tablets controlled the release of LD and CD over 4-8hr depending on the polymer type and percentage level in the formulations. The formulations with 7.5% of HPMC K4M (F3), a complete LD & CD release was obtained at the end of 4hr. The formulation containing 7.5% of HPMC K15M and another formulation containing 10% HPMC K4M released almost 100% of LD & CD at end of 7hr. The formulations containing 20% HPMC K4M released up to 70% of LD and 93 % CD at the end of 8hr. The similarity factor (f2) was calculated by comparing in vitro dissolution data of marketed product with F3 and f2 value found to be 50.7 (LD) & 50.6 (CD). Based on the release kinetics, all formulations best fitted the first-order drug release kinetics and followed diffusion mechanism in terms of drug release. 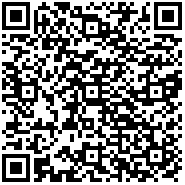