It is important to determine whether a candidate mo lecule is capable of penetrating the partition coefficient octanol- water (LogP o/w ) in drug discovery and development. The aim of thi s paper is to establish a predictive model for LogP o/w penetration using simple descriptors. The usefulne ss of the quantum chemical descriptors, calculated at the lev el of the HF theory using 6-31+G** basis set for QSAR study of Benzimidazole derivatives was examined. The QSAR model developed contributed to a mechanistic understanding of the investigated biolo gical effects. In this study was to use a dataset containing 38 drugs with known activity . A multiple linear regression (MLR) procedure was used to model the relationships between molecular descripto rs and the partition coefficient (LogP o/w ) of the Benz imidazole derivatives. The stepwise regres sion method was used to derive the most significant models as a calibration model for predi cting the LogP o/w of this class of molecules. Biological activities contain the logarithm of the ratio of the steady-state concentration of a compou nd in the 1-octanol to in the water, log P. A multi-param etric equation containing maximum four descriptors at HF/6-31+G** method with good statistical qualities ( R MAX = 0 .911 , R 2 MAX = 0.829 Q 2 = 0.6877 at HF/6- 31+G**) was obtained by Multiple Linear Regression using stepwise method. The best QSAR models were further validated by a leave one out technique as well as by the calculation of statistical parameters for the established theoretical models. To confirm the predictive power of the models, an external set of molecules was used. High agreement between experimental and predicted LogP o/w values, obtained in the validation procedure, indic ated the good quality of the derived QSAR models. 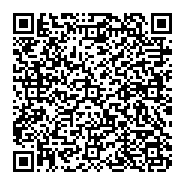