The chloroform, ethanol and water extracts of pulverised dried leaves of Cyphostemma glaucophilla were used in this study. Three sets of inbred Wistar albino rats of either sex aged 7-9months and weighing 100- 150g were fed on Top feed rat diet and allowed free access to water before and during the experiment. For each extract, five groups A, B, C, D and E of five animals each were respectively served daily doses of saline [0.85% Nacl,5ml/kg],0.5,1.0,1.5 and 2.0mg/kg respectively extract for 14days using stomach tubes. Twenty four hours after the last administration, the animals were sacrificed by ether anaesthesia. Blood samples were drawn into heparinised tubes by cardiac puncture and centrifuged at 5000xg for 10minutes.The supernatant was used as plasma. The livers were dissected out, homogenised and the homogenate used to determine protein concentration. In experiment two, the effect of extract on erythrocyte membrane stability was investigated using Human Red Blood Cell [HRBC] by the method of Born and Cross [1963] as modified by Nwodo [1981]. Data of protein concentration were analysed by one way ANOVA and student independent t-test and presented as means ± SEM and values with P < 0.05 were regarded as significant. The extract induced increases of concentrations of plasma and liver proteins were dose dependent and significantly [P < 0.05] increased compared with the control group. The extract also protected against hypo tonicity induced haemolysis. The order of potency of the extracts were water extract > ethanol extract > chloroform extract and the differences amongst the effect was significant 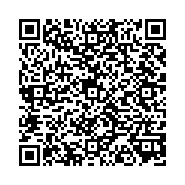