The teenagers are the future of a nation. In China, there are old saying is called "young strong is China's strong". The so-called young strong is composed of many aspects, one of the important aspects stronger of culture. On the eastern and western culture, there is a huge difference, but there are also many eutectic point, can learn from each other. In China, with Confucian culture is given priority to, in the sports performance also is such, that showed a modest, comity and respect. In recent years, the rapid development of China's sports, but also bring positive influence to teenagers, more and more teenagers involved in the sport. Especially is paid close attention to the development of teenagers sports culture, also has brought more and more scholars new research subject. Through the study of structure, perfect the teenagers sports culture in China and the world teenagers sports development to provide more reference and help. 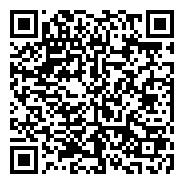