The depletion in fossil fuel and an immediate need for its replacement led to the search of various sources of fuel like gaseous fuel, biofuels, ethanol, and many more. Environmental pollution through solid waste is also one of the major crisis in developed and developing countries. In order to bridge this gap, a pyrolytic batch reactor has been designed and developed to produce waste plastic oil from different combinations of used plastics. The PBR was designed with a cycle efficiency of 10 kgs used plastic which yielded 450 ml of WPO. The GC/MS analysis also revealed the presence of alkenes and alkanes with carbon number of C8 to C19 which was favorable to be used as fuel in CI engine. The experimental investigation was carried out in a single cylinder compression ignition engine to analyze its performance and emission characteristics. The BSEC of WPO blends was found increase marginally on comparison with straight diesel whereas BTE showed a decrease of 6% to 8%. The mechanical efficiency of WPO blends and straight diesel were almost similar at all loads. The UBHC, CO, NOx and smoke emissions showed an increasing trend with a marginal decrease in CO2 emission for WPO blends. 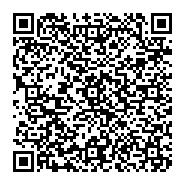