The present study was aimed to evaluate the biochem ical polymorphism of Aegle marmelos (L.) Corr - A medicinally important plant using the isop eroxidase and protein pattern. For the electrophoresis studies, young leaves were harveste d from different localities viz., Thrissur, Dharmapuri, Tenkasi, Salem, Attur and Kolli Hills. The isolation and separation of protein and isoenzyme was performed by the standard methods. Th e protein gel system revealed a total of forty six bands with eight active zones / regions ( PB1 to 8) and twenty one positions were observed in the protein system of A. marmelos. Mult iple zones of activity were obtained for iso- peroxidase system PRX1 to 5. A total of twenty nine bands in twelve different positions of expression were observed in the iso-peroxidase syst em of A. marmelos. Pairing affinity or similarity indices analysis revealed the similarity and evolutionary relationship among the selected accession of A. marmeols. Highest percenta ge (60%) of similarity was observed between the accession from Tenkasi and Salem. The c ladogram of A. marmelos revealed the genetical similarity and variation, evolutionary re lationship among between the selected six the selected accession. The cladogram shown that two ma jor clusters, of which cluster 2 include only one accession viz., Thrissur. This profile sys tem can be used as biochemical marker for selection superior genotype of the medicinally impo rtant plant Aegle marmelos. 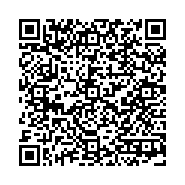