Atomic absorption spectrometric method is based on precipitation of the ion associates formed from the reaction of fusidic acid with silver nitra te (procedure A), copper acetate (procedure B) or ferric chloride (procedure C) standard solutions . The formation and solubility of the solid complexes at the optimum conditions of pH and ionic strength values have been studied. The method depends on direct determination of the ions in the precipitate or indirect determination of the ions in the filtrate by atomic absorption sp ectroscopy. The optimum conditions for precipitation were carefully studied. Rectilinear c alibration graphs were obtained in the range of 20-100 ng ml -1 for the investigated drug. The molar ratios of the formed chelats were determined by Job's method and their association co nstants were also calculated. The developed method ( procedures I, II and III) were applied suc cessfully for the determination of the studied drug in its pharmaceutical dosage form with a good precision and accuracy compared to the reported method as revealed by t-and F-tests. 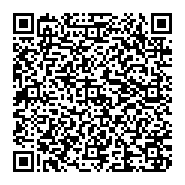