Assesment of water quality from Hindustan Lalpeth Coal Mine, Chandrapur

The piece of investigation was carried out to study the surface water quality and physico-chemical characteristics of Hindusthan Lalpeth Coal Mines (HLCM) surface water Chandrapur district,(M.S) during the period October 2011 to March 2012. Chandrapur district is located in the eastern edge of Maharastra in Nagpur Division, the coal mining industry has to dispose of millions of litres of water everyday to dig out coal from this mine . The water is the main source of various water supplies in the thickly populated coal field and general use. Chandrapur city is surrounded by many other major and minor coal industries. In this study, water samples from Hindusthan Lalpeth coal mine were collected and analyzed. Attempt is made to reflect the impact of mining on surrounding water quality of these areas. Various physico-chemical characteristics of the mine water were analysed with respect to different parameters like Temperature, pH, TDS, DO, Chloride, Fluoride, Turbidity, Hardness and metal like Fe, to get clear picture of quality parameter in HLCM water of the Chandrapur town. This investigation reveals that mining activity, markedly pollute the mine water. Mine water is of highly complex nature and of widely varying composition and nearly neutral or slightly alkaline in nature. By observing the result it can be concluded that the parameters which were taken for study the surface water quality such as Turbidity, Chloride, Alkalinity, COD, Total Dissolved solids are more than that of permissible limits. Where as Total Hardness , Fluoride, Iron is less than permissible limit. And Dissolved Oxygen is almost same as per WHO standards. 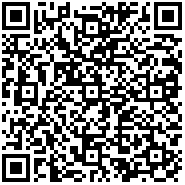