The antiviral effects of some pyrimidine derivatives were investigated using plaque reduction assay. Pyrimidine derivatives were dissolved in suitable vehicles and different concentrations of each compound were prepared. After several enriching stages of phage CP51, the phage numbers in phage lysates were determined. To ascertain whether pyrimidine derivatives have the ability to inhibit viral adsorption to the host cell, or to affect the phage during the lytic cycle, the reactions were pre-incubated with the phage CP51 for 30 min at 25°C, followed by addition of inoculum containing 5h liquid culture of Bacillus cereus. The growth and reproduction of phage was inhibited significantly at 333 μg/ml and 133 μg/ml by the first and third derivatives (MMNPAPP and MNPPAPP), respectively. These results indicate that the MMNPAPP and MNPPAPP had substantial antiviral activity. 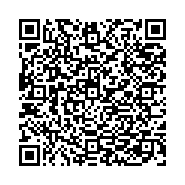