The aim of this study was to evaluate the anti-inflammatory effect for ethanolic extracts of Carissa spinarum L. (C. spinarum), Croton oblongifolius Roxb. (C. oblongifolius) and Dioscorea bulbifera L. (D. bulbifera) in lipopolysaccharide (LPS)-induced RAW264.7 cell and anti-oxidative activity of these extracts by 1-Diphenyl-2-picryl hydroxyl (DPPH)-assay, Nitric Oxide (NO)-assay and Super Oxide (SO)-assay. Cell viability was done by 3-(4,5-dimethylthiazol-2-yl)-2, 5-diphenyltetrazolium bromide (MTT)-assay. Anti-inflammatory potential was assessed by evaluating the ability of the tested extracts to inhibit NO generating from LPS-stimulated RAW264.7 cells. The present work investigated that tested extracts showed the strong anti-oxidative activity on different forms of free radicals such as DPPH, NO and SO. Among them, C. oblongifolius Roxb. showed stronger anti-oxidative effects on NO and SO radicals than the other extracts. MTT-assay revealed that these tested extracts have no cytotoxic effects on RAW264.7 cell for concentration at and below 250 μg/mL. According to cytotoxic result, (62.5-250) μg/mL (cell viability>85%) were selected to determine NO inhibition experiment. Tested extracts significantly decreased the production of NO in LPS-stimulated RAW264.7 cells in a concentration-dependent manner. IC50 values of NO inhibition (generated by LPS) of C. spinarum L., C. oblongifolius Roxb. and D. bulbifera L. were 135.9 ± 10.8, 130.4 ± 7.8 and 159.1 ± 12.8 μg/m respectively. According to our results, C. oblongifolius Roxb. has both radicals scavenging and anti-inflammatory effects. 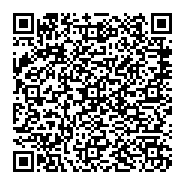