In an effort to develop potent anti-microbial agents, we have synthesized some substituted quinoxalin-2(1H)-one derivatives by Phillip’s condensation mechanism. Final derivatives were screened for their in- vitro anti-bacterial activity against range of Gram positive and Gram negative and also for their anti-fungal activity against a strain of Candida albicans species. All the compounds were characterized by IR and 1H NMR spectroscopic data. It was found that all the selected compounds exhibit wide anti-microbial activity. Amongst these compounds; compound IIIb was highly active against E. coli. The compounds IIId and compound IIIc were highly active against P.aerogenosa and S. Aureus. The compounds IIIc and IIId were highly active against C. albicans. 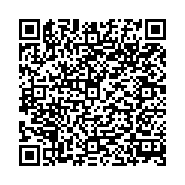