The latest developments in the production of biodiesel explores the feasibility for utilization of marine algal oil as a source. In this investigation, the focus is laid on the transesterification of algal oil obtained from marine macroalgae Enteromorpha compressa using biochemical catalysts- Purified Lipase and Whole cell (Rhizopus oryzae 262). Optimization of reaction parameters including temperature, catalyst concentration, oil to alcohol ratio, rate of stirring, time and pH was carried out independently for both catalysts with methanol and further the comparative analysis was extended to another six alcohols (Ethanol, Propanol, Butanol, iso-propanol, iso-butanol and iso-amyl alcohol) for which the yields were analysed at optimized reaction conditions. Maximum yield obtained for purified lipase was 92% for methanol under the conditions of 30 °C, 12.5%, 1:3, 150 rpm, 24 h and 7 ph. Maximum yield obtained for whole cell biocatalyst was 83% for methanol under the conditions of 30 °C, 50 beads, 1:3, 175 rpm, 48 h and 6 pH. Comparative analysis of yields for various alcohols showed that purified lipase was better as a catalyst. Results can be used to produce fourth generation (Algal) biodiesel in a consistent and sustained manner. 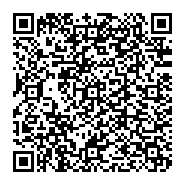