Advances in the development of antitumor monoclonal antibodies (mAbs) in China: A bibliometric examination

Among the public health problems, cancer becomes the leading cause of deaths in China. As a new era in cancer therapy, monoclonal antibodies (mAbs) have increasingly attracted research and innovation attention. This paper uses bibliometric analysis to profile the research patterns of antitumor mAbs in China and make a comparison with the other eight developed countries. The results indicate that China has made a great progress in recent years and the number of publications of antitumor mAbs has reached the second position in the world since 2012. However, China’s low-cited articles, low h-index and lack of presence in highly influential global journals could prove to be limiting factors. The funding is mainly from government in China while for Big 8 countries, pharmaceutical companies are the main source. Chinese pharmaceutical companies should strengthen cooperation with universities. Only in this way, antitumor mAbs in China would really usher big development, not only in publication. 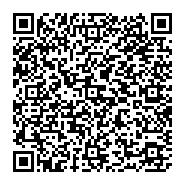