A Note on Hydrogen in Proton Transfer Process

As beginning chemical reactions and processes, many Lewis acid-Lewis base interactions are described. The hydrogen bond, for example, is frequently a preparatory step in the proton transfer process, and the tetrel and pnicogen bonds can lead to SN2 reactions. There are a variety of characteristics of interactions that are earliest stages of reactions; for example, one can see a significant electron charge transfer from the Lewis base unit to the Lewis acid; such contacts are at least partially covalent and so on.

These are the outcomes of the Quantum Theory of Atoms in Molecules, the energy of interaction decomposition, and the structure-correlation approach. A portion of a crystal structure has been regarded as "a frozen stage" of a considered chemical process in earlier investigations. Because they indicate structural changes preceding this reaction, homologous fragments that differ in geometry and are extracted from distinct crystal structures may correlate to the studied chemical reaction. It was used to investigate a variety of reactions, including nucleophilic addition to a carbonyl group, nucleophilic substitution at tetrahedral coordinated atoms (SN1 and SN2), electrocyclic ring closure of polyenes, and other chemical processes.

The hydrogen bond is well-known for its importance in a variety of chemical, physical, and biological processes. Other interactions, notably biochemical interactions, are also significant in numerous processes. It's worth noting that phrases like interaction and reaction are sometimes used interchangeably, because interactions frequently lead to equivalent reactions, or at the very least, they're the first stages in chemical reactions. Numerous studies, examined the interrelationships between interactions and responses, as well as between them and other phenomena and processes, or the reasons for the lack of such interactions.

The Proton Transfer (PT) mechanism, which is linked to the Hydrogen Bond (HB), should be explained using the structure-correlation technique. PT in O-H•••O hydrogen bonds, for example, was investigated because -C=O•••HO- C- fragments from various crystal structures were compared to reconstruct the associated reaction route. The high-precision neutron diffraction geometries used in these investigations came from the Cambridge Structural Database, or CSD. The above-mentioned -C=O•••H-O-C- fragment was searched using the most recent CSD release (CSD updates up to May 2020) with the following search criteria: accurate crystal structures with e.s.d.s 0.005, R 7.5 percent, error free structures, without disorder, no polymers, and no powder diffraction results.

In contrast to X-ray results, where the refinement of crystal structures is usually based on the spherical approximation of the atomic electron densities, which results in the spherical symmetry of atomic scattering factors, only neutron diffraction results were taken into account here because they are characterised by precisely determined positions of H-atoms.

Because the H-atom is located close or in the middle of the O...O distance in certain structures, -C=O•••H+•••O=C- pieces are also present in the sample.

During the search, 56 geometrical pieces related to the PT process were discovered. For identical segments when the H-atom is substituted by deuterium, i.e. the -C=O...D-O-C- pieces, a similar search was undertaken with the same requirements for accuracy of findings; in this case, only four structures were discovered. Many structural changes occur as a result of intramolecular and intermolecular linkages. Tetrahedral geometry is achieved when triel planar and trigonal species interact with Lewis bases.

On the other hand, tetrahedral tetrel moieties and tetrahedral pnicogen cations, both of which are characterised by the absence of lone electron pairs, prefer to adopt the trigonal bipyramid form. It's worth noting that distinct structural alterations occur for different species of the same element, such as in the case of -hole bonds on the one hand and -hole bonds on the other. The processes of complexation are accompanied by a range of structural odifications in general. 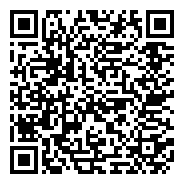